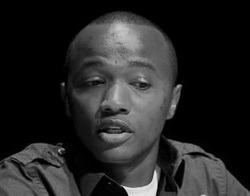 Victor was born on January 1, 1985, in Kigali Rwanda to Habidani Habinshuti and Ester Iryivuze.  Victor was raised predominantly by his mother, as his father passed away  when victor was a young child.  Victor has two siblings; one brother, Eric Dushine, and one sister, Mukeshimana.
When the genocide began Victor was living in Gatsata, a neighborhood located to the north west of the city center of Kigali.  As Victor and his immediate family were Tutsi, they sought refuge in a friend’s house where they stayed for roughly one and a half months.   After this, Victor and his brother spent a significant amount of time in transit and in hiding in the woods surrounding Gatsata. After roughly two weeks hiding in the woods, Victor and his brother made their way to Butare where they sought refuge with their aunt, who was a tutsi, and uncle who was a moderate hutu.  Here, they were protected for the remainder of the genocide.  As the genocide ended, Victor and his remaining family left Rwanda for the Bangui refugee camps located in present day Central African Republic.  After some time in the camps, they made their way to Lome, Togo, where they spent the next four years.  In 1999, Victor and his family immigrated to the United States where they settled in Buffalo, NY.  Victor started High School at Hutchison Technical Institute and graduated in 2004.  He then pursued a college degree in Engineering and graduated from the University of Buffalo in 2008.  Recently, he was hired as an electrical engineer by Honeywell and is currently residing in Overland Park, Kansas. 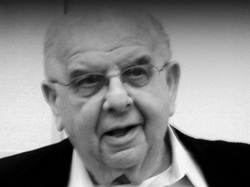 Joe Diamond
Joe Diamond was born in the eastern part of Czechoslovakia, in the Carpathian Region, in 1929. The first 1O years of his life were spent peacefully in Seredne a small town of 15-20,000 people, located between Uzhorod and Munkacevo.
He and his younger brother attended local schools. Joe lived with his mother, father and little brother, Arie. His family owned a farm, where they grew grapes and made wine. His father also had a small grocery store and clothing store. Joe went to religious school in the morning, then public school and then back to religious school. In 1944, the town crier announced that anyone that is Jewish or has any Jewish descent, must be packed with minimal belongings in the next 24 hours in order to be taken away. All Jewish people were declared a security risk and were told they would be taken to a German farm to work on the harvest. The next morning, Joe and his mother, father and brother were dressed in their best clothes.  Thirty German soldiers surrounded the group as they walked down the streets. Joe, his family, and the other Jews were taken by train to Uzhorod - to a brick factory, a temporary ghetto, where they spent four weeks.   After four weeks, Joe, his mom, dad, and brother were all called over the P.A. and told to report out front, where they would be transported to a permanent camp.
After a 20 minute truck ride, they arrived at the main railroad station of Uzhorod, full of active soldiers and trains.  The people were packed in like animals, with no room to stand or even breathe. By 3 O'clock that afternoon the train moved, and by nightfall, they realized that they were heading towards Poland. As the trains made their way west through the mountains they stopped in Krakow, Poland to unload the dead.  After that, the train began moving again and at about 4 a.m. arrived at Auschwitz.
Upon arrival at Auschwitz, Joe and his father were sent to the labor camp, while his mother and his brother Arie were sent to another portion of the camp.  This would be the last time Joe would ever see his mother or his brother.  Within a few hours they were killed in the gas chambers of Auschwitz.
After a week in Auschwitz, Joe and his father were separated in order to do different work. His father was sent to the concentration camp, Buchenwald, where he did slave labor on railroads, carrying rocks and wheeling coal. Joe didn't see him again, until after liberation.
Along with 3,500 other boys ages 14-17, Joe was put to work at Birkenau. He carried bricks and stone everyday, providing labor on a new gas chamber, because the one that was already there could not handle the large number of people rolling in everyday.
With good fortune and some help from others, Joe was able to evade multiple selections for the gas chambers.  Joe continued to work and survive in Auschwitz.
Joe then learned that the Russian army was approaching Auschwitz. As a precaution, the Nazis evacuated the camp.
Once again the prisoners were loaded on cattle trains, and taken by German guards to a new area to avoid the battle. Joe's train headed towards Berlin, but along the way they had to evacuate the train and walk. They began a long, difficult march, with many struggling to even stand up.
They walked through many small German towns, but Joe never saw anybody come out of their house to bring water or show any concern to the emaciated people.   After surviving the death march, they arrived at the Sachsenhausen camp near Berlin, and waited there for three days to learn of their final destination. They then continued walking through towns and villages throughout Austria and endured many months of starvation, and finally ended up in a camp called Gunzkirchen.  By this time, all of Joe's friends and people he knew were dead. He felt like he was going to go any day. They heard rumors that the battle was getting closer to them. Within three days they found that the Germans had left the place. There was no food, but guns all over. Shortly after, a Red Cross train arrived and they found food. As Joe was walking through the fields he saw a truck full of German soldiers who were the prisoners of a group of American soldiers. Joe was liberated by U.S. forces of the Third Army.  Joe and the other living people were taken by jeeps and trucks to the next town, called Linz.
Joe returned to his hometown in November 1945. To his surprise his father was waiting for him at the railroad station. His old house was occupied with the same people the Germans gave it to when Joe's family left. After a short while, Joe moved back in his house with his father.  He told Joe to leave and go west into Czechoslovakia or to England as he believed that Czechoslovakia was going to be taken over by the Soviet Union.
After moving around from place to place and even preparing to go to Israel, Joe learned that he had relatives in Buffalo, New York. In 1948, through an affidavit from his relatives he came to New York and to Buffalo with five dollars in his pocket, and very little education.
After moving around for a bit, including some time in New York City, and back in Germany during the Korean War, Joe came back to Buffalo and planted roots.  Joe got married, had children and grandchildren, and continues to share his story.